This page describes a Geoserver deployment for hosting and visualizing LIDAR (remote sensing) data. This prototype was developed for the University of Washington Library Data Services.

The objective of this project is to demonstrate how researchers can collaborate and share geospatial data by using available open-source tools. We use two complementary technologies in this prototype: Geoserver and Leaflet. Geoserver is an open-source map server that can provide geospatial data in a number of possible formats via query/retrieval from an internal database. Leaflet is more properly known as ‘leaflet.js’, an open-source javacript library for creating interactive maps where content is provided on the fly by OpenStreetMap, an online map tile resource.

Geoserver is used as the backend for storing the LIDAR data that has been collected from the Puget Sound Lidar Consortium (PSLC). The front end is a map that allows users to subset and extract data as necessary. This PoC is intended to provide an architecture that is easy to emulate and to allow researchers to set such a system up fairly quickly.

This geoserver setup is available at:

We also have an AMI to spin up

Installing Geoserver on Ubuntu 16.04 with Tomcat 7

** Note: This is also available as an Amazon Machine Image (AMI) if you don’t want to go through the entire installation process - please contact us if you would like to access the AMI.

Spin-up an instance or virtual machine with Ubuntu 16.04 as the operating system.

Update the OS and install Tomcat 7

Change permissions for tomcat user roles. Remember to put these in between the tag.

Note there are security issues related to Tomcat and AWS instances – please change the passwords above as soon as possible before following the next steps.

Increase java heap memory to improve startup speed. Modify the first instance of JAVA_OPTS to read as below.

It is good practice to keep your data stored separately from your service deployment instance. Instructions to mount an additional EBS drive to your EC2 instance can be found here.

In the previous step, Tomcat and Geoserver were deployed. Now you’re ready to load your data into Geoserver. For the development of the Lidar portal, I used Lidar data obtained from the Puget Sound Lidar Consortium which were then generated into GeoTIFF mosaics by Harvey Greenberg at the UW Earth and Space Sciences Department. 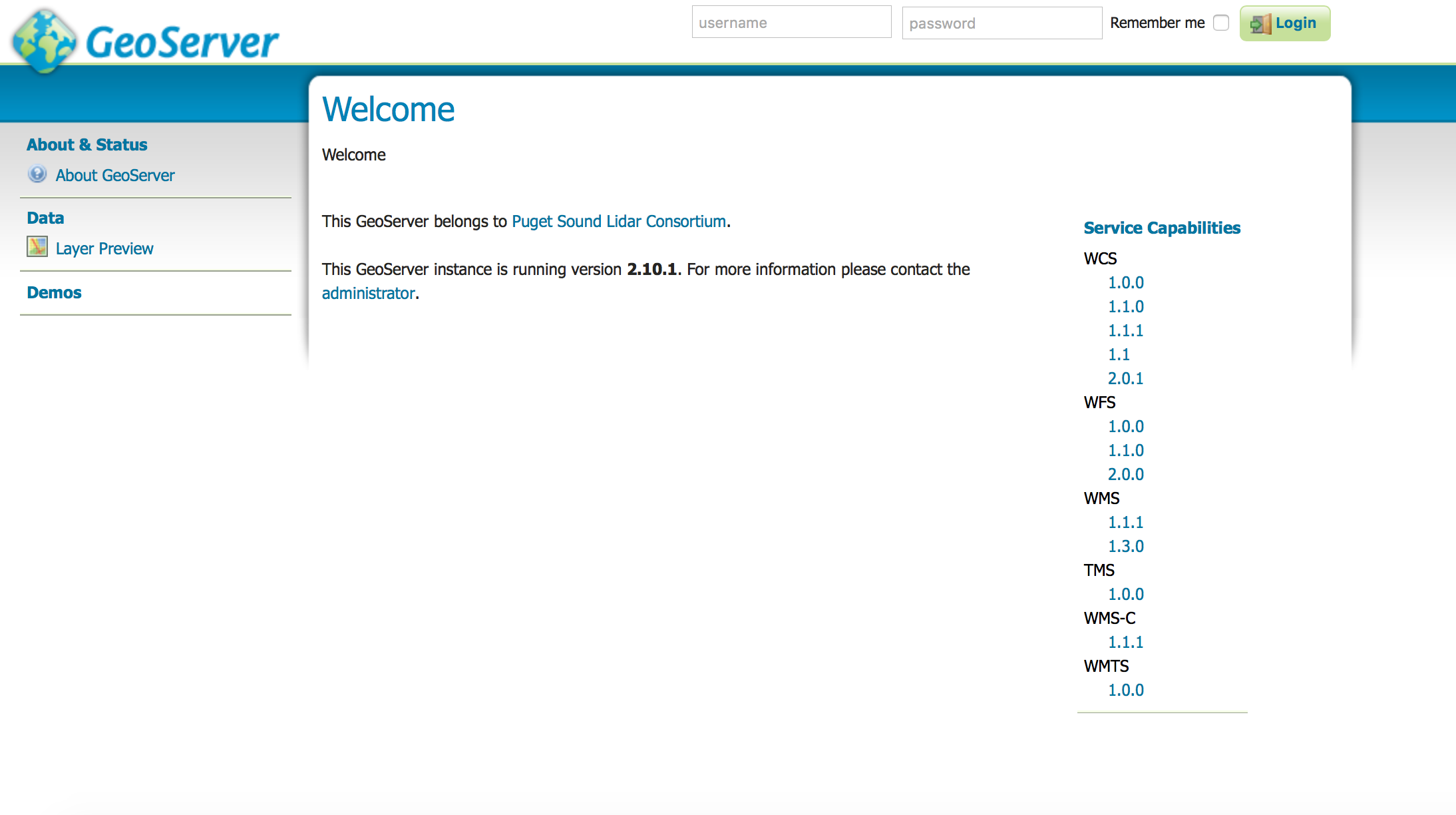 Remember to change your password as soon as possible for security reasons!!! 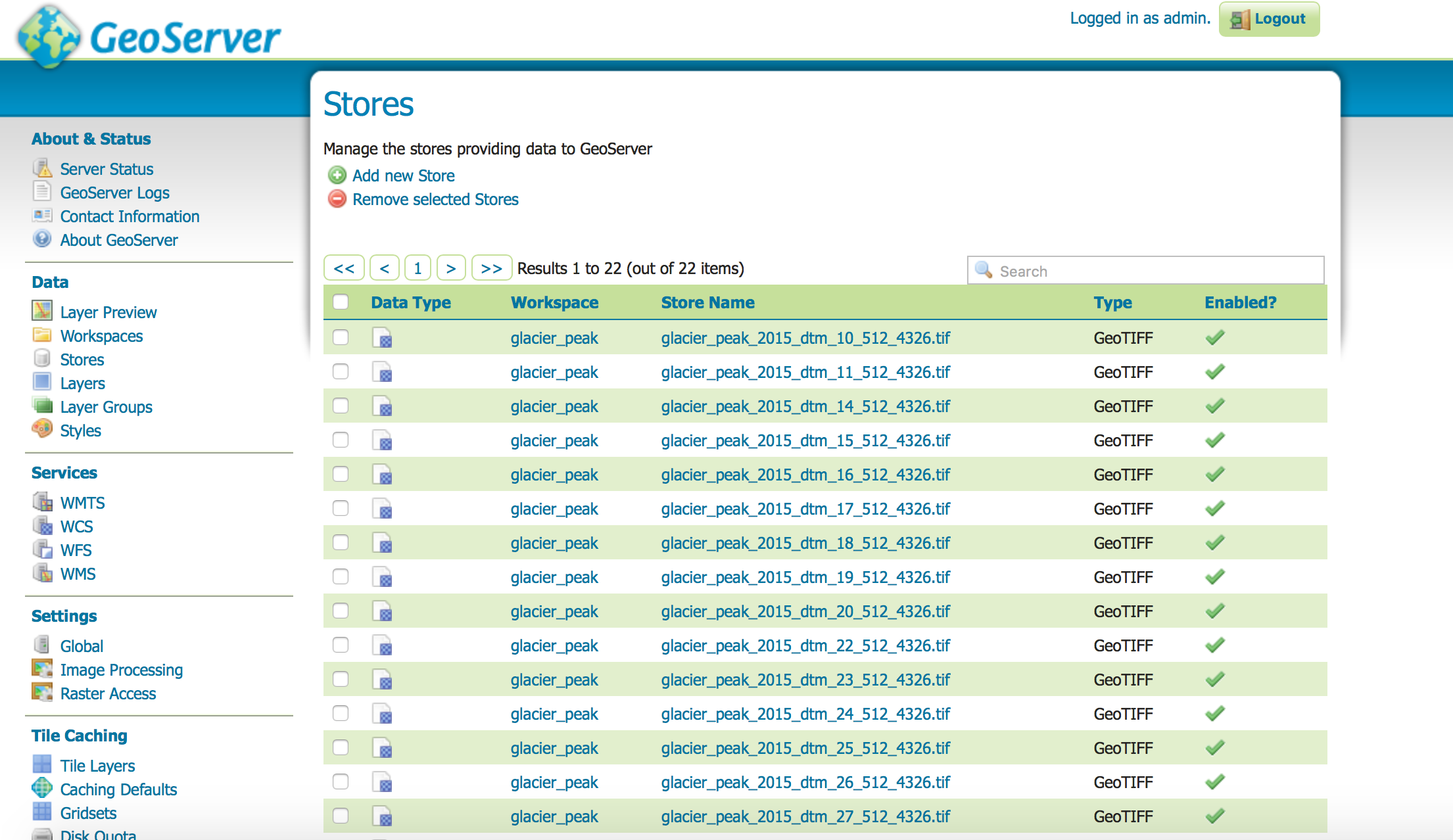 Under Connection Parameters, you can browse to the location of your Geotiff file. 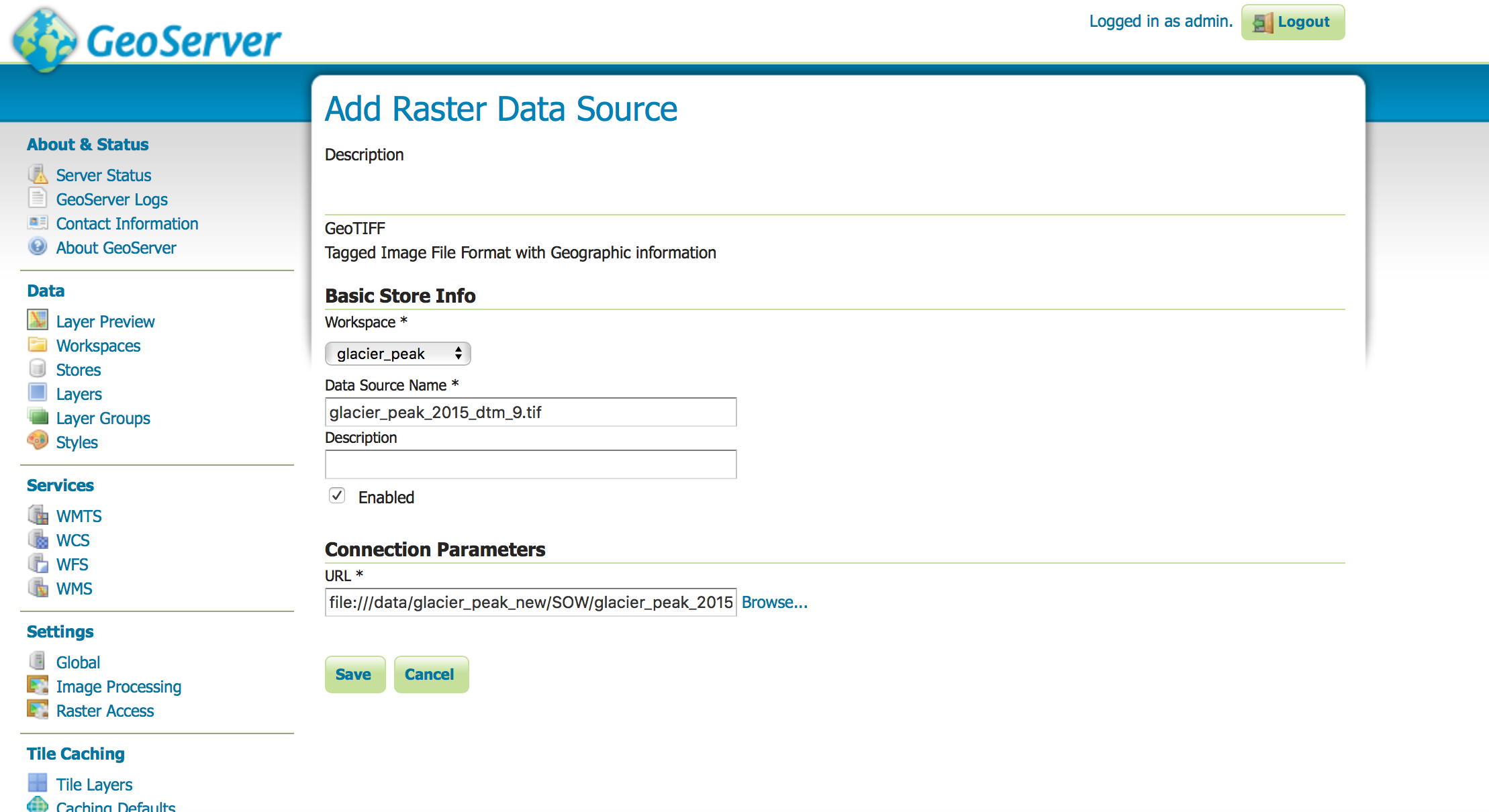 That’s it. Now the GeoTiff is loaded. Visitors or collaborators will use the Layer Preview to view the available geospatial layers. 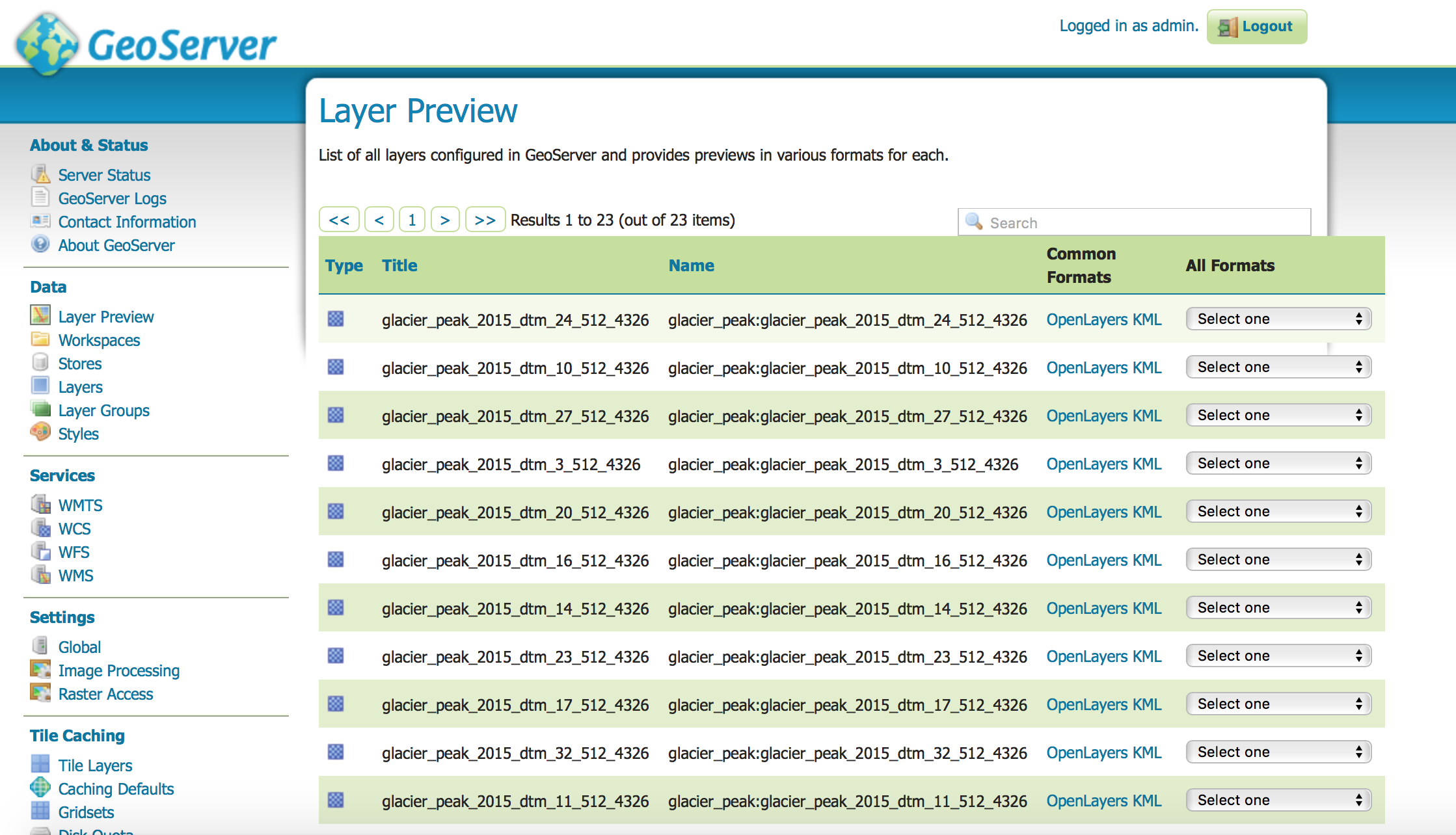 To create a front end where you can browse the available geospatial data stored on Geoserver, you need to install the Apache server and we use Leaflet.js to render the web map.

A sample leaflet.js code can be found on https://github.com/cloudmaven/webmap

To use our leaflet code as it to generate your own webmap you only need to change the map center latitude and longitude so it matches the center of your domain, and the URL of your geoserver.