We describe here a process of creating a data system within a research program which is implicitly about sharing, collaboration, reproducibility, and accelerated pace in data-driven science. This thesis is part of a shift in emphasis that borrows heavily from both commercial and open software development paradigms that we trace to one central idea: The lifespan and value of data are not intrinsically known at the outset (owing to the very nature of research) but in fact are commonly undervalued in traditional approaches to data curation. There are several instructive contrasts between success criteria in research software development versus commercial software development versus open software development. Here we borrow from these contrasts to illustrate the cultural and technical shift necessary to accomplish the normative assertion that the value of data can be better realized through the cultural shift of changing practices. The research program has traditionally had as its end goal a peer-reviewed publication and this has contributed to the de facto conservative life expectancy of source data. The following postulates are the basis for the lightweight data system framework presented here:

From the photos… some text 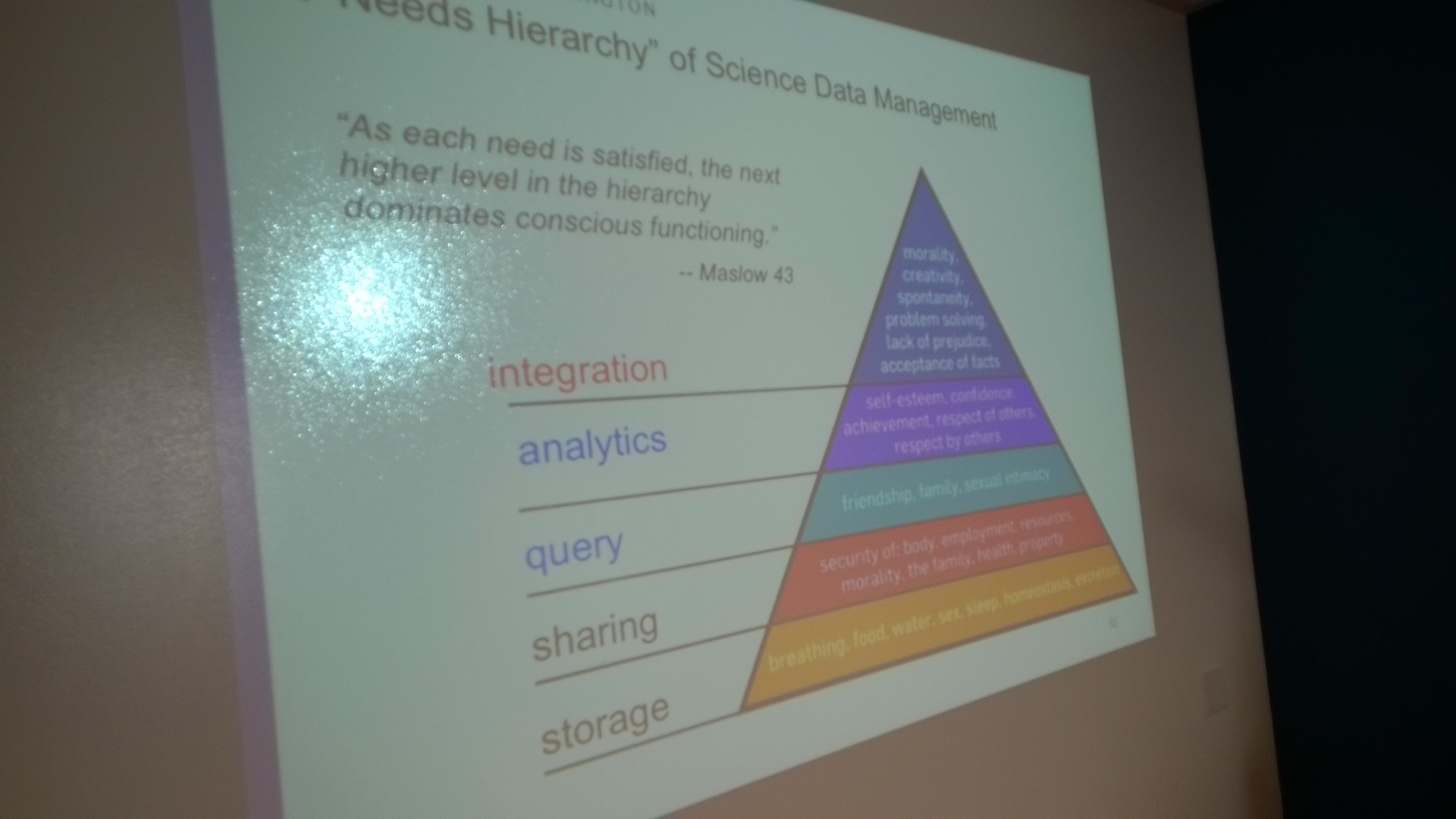 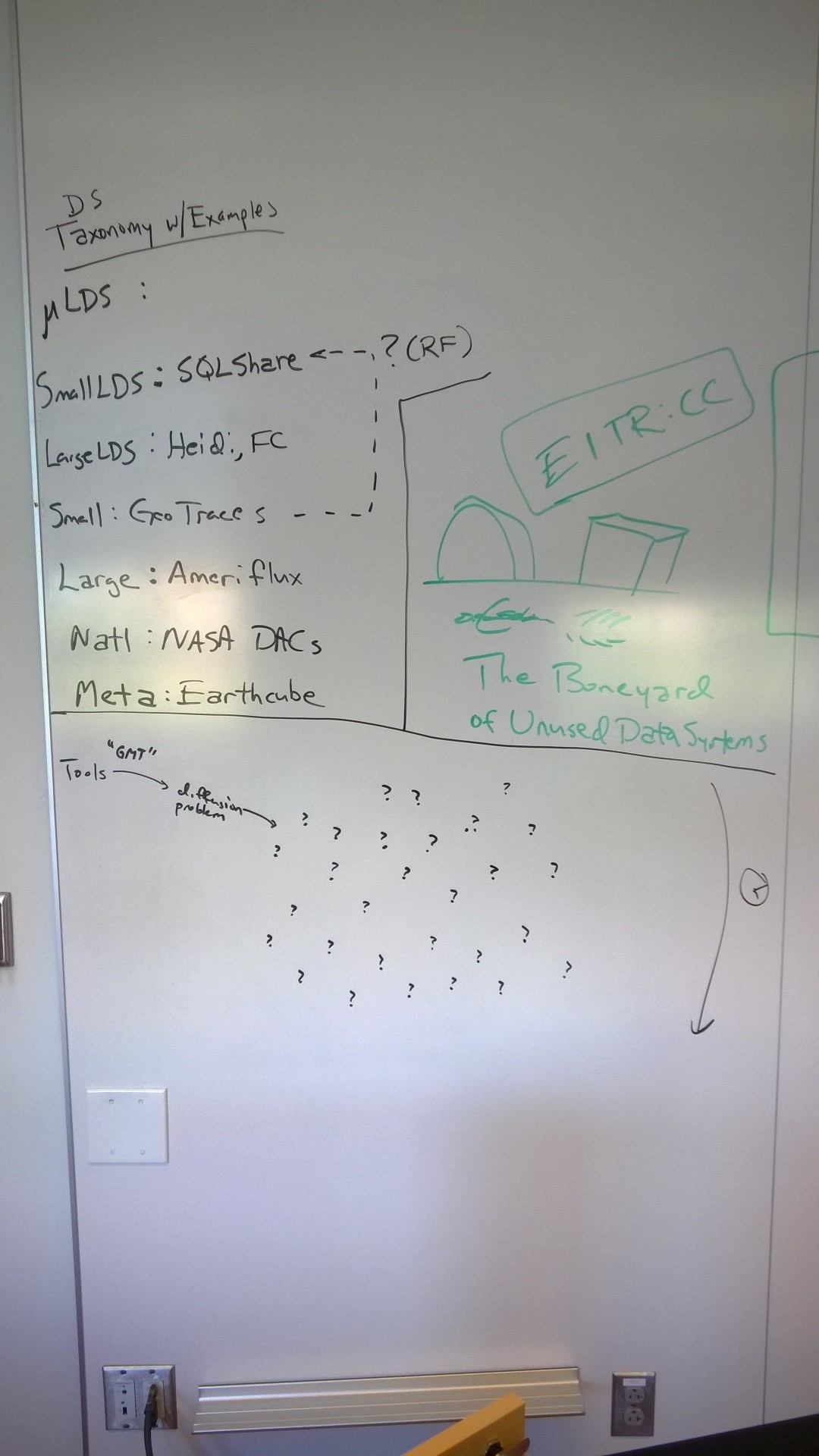 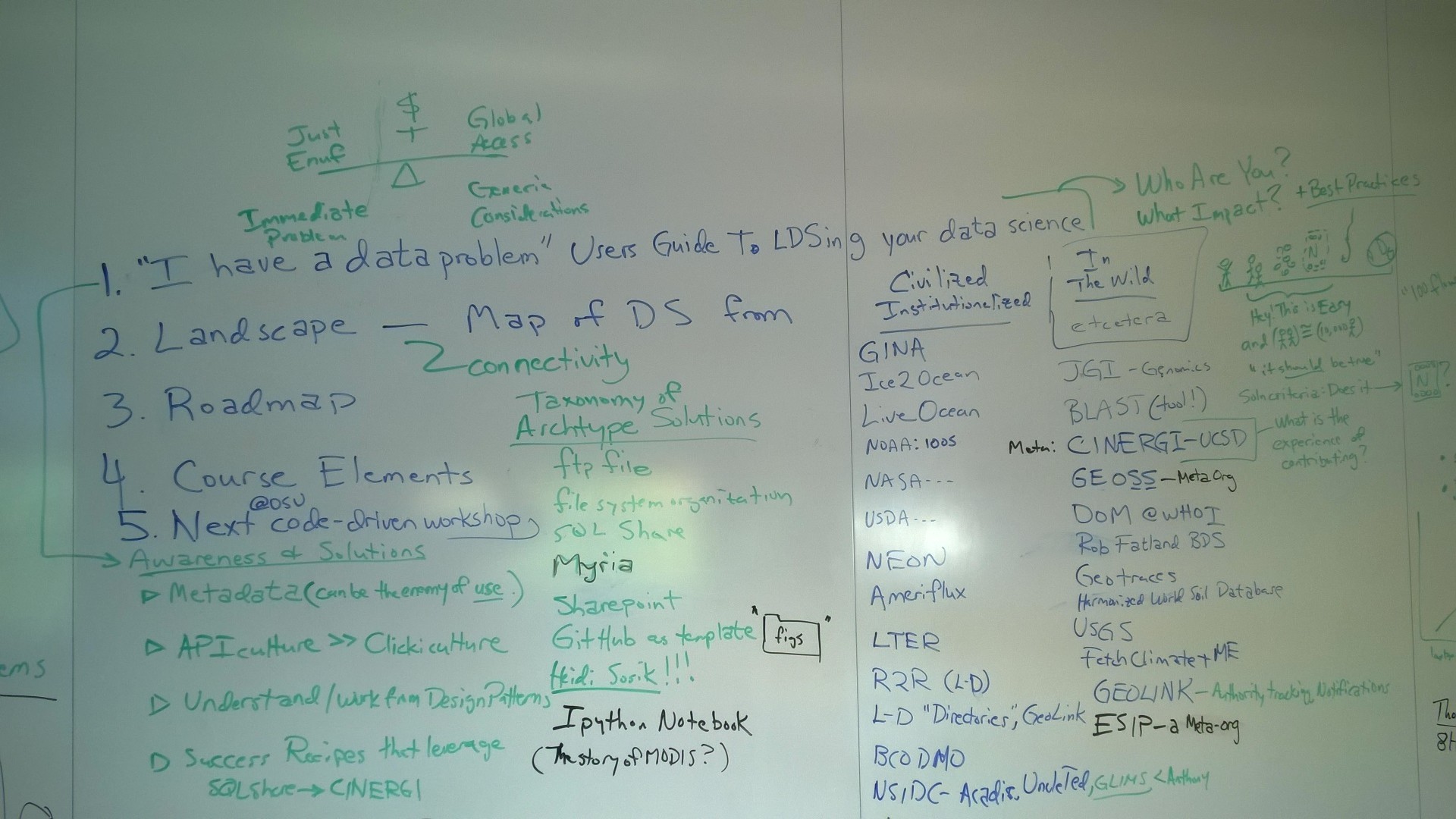 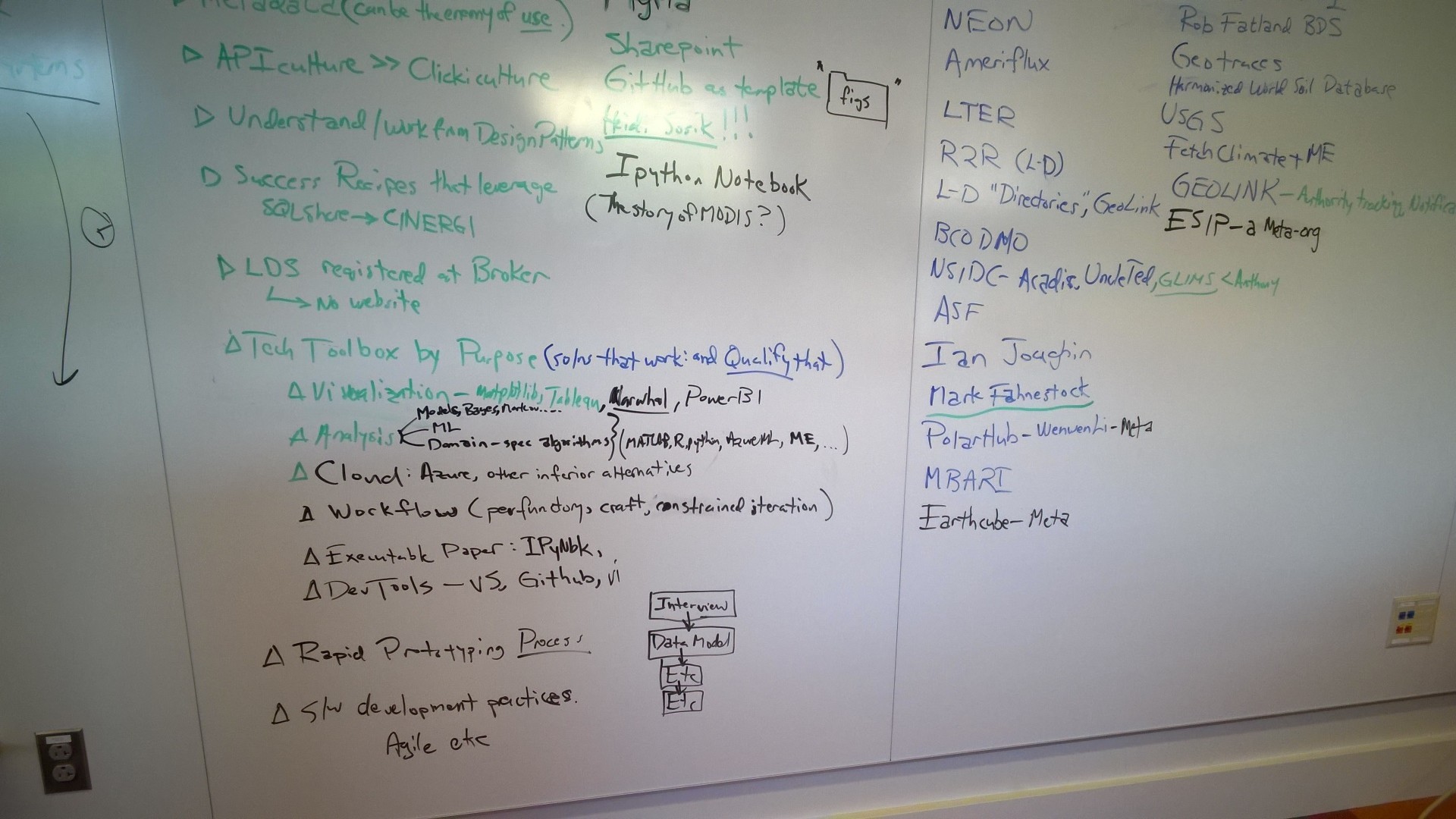 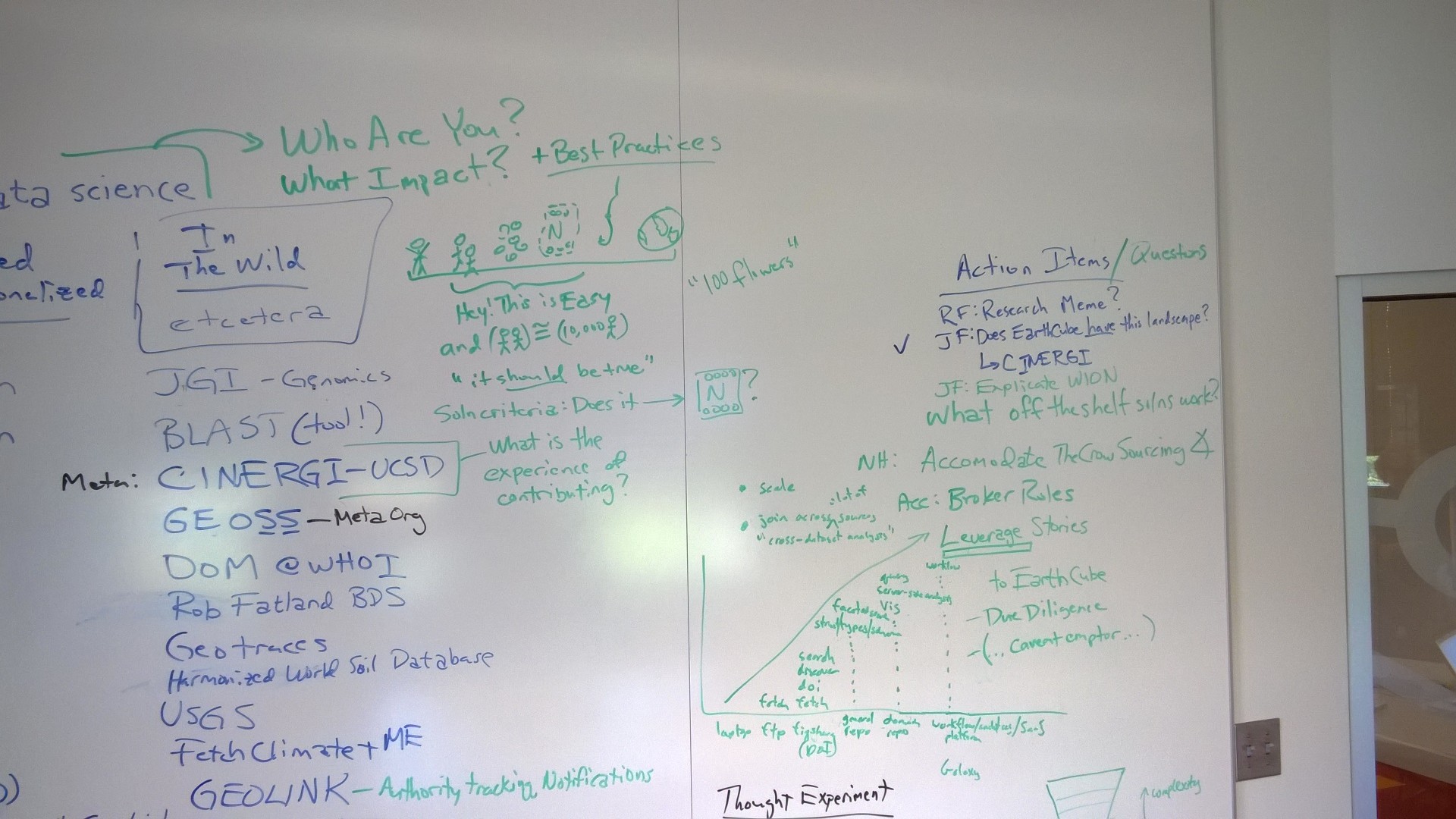 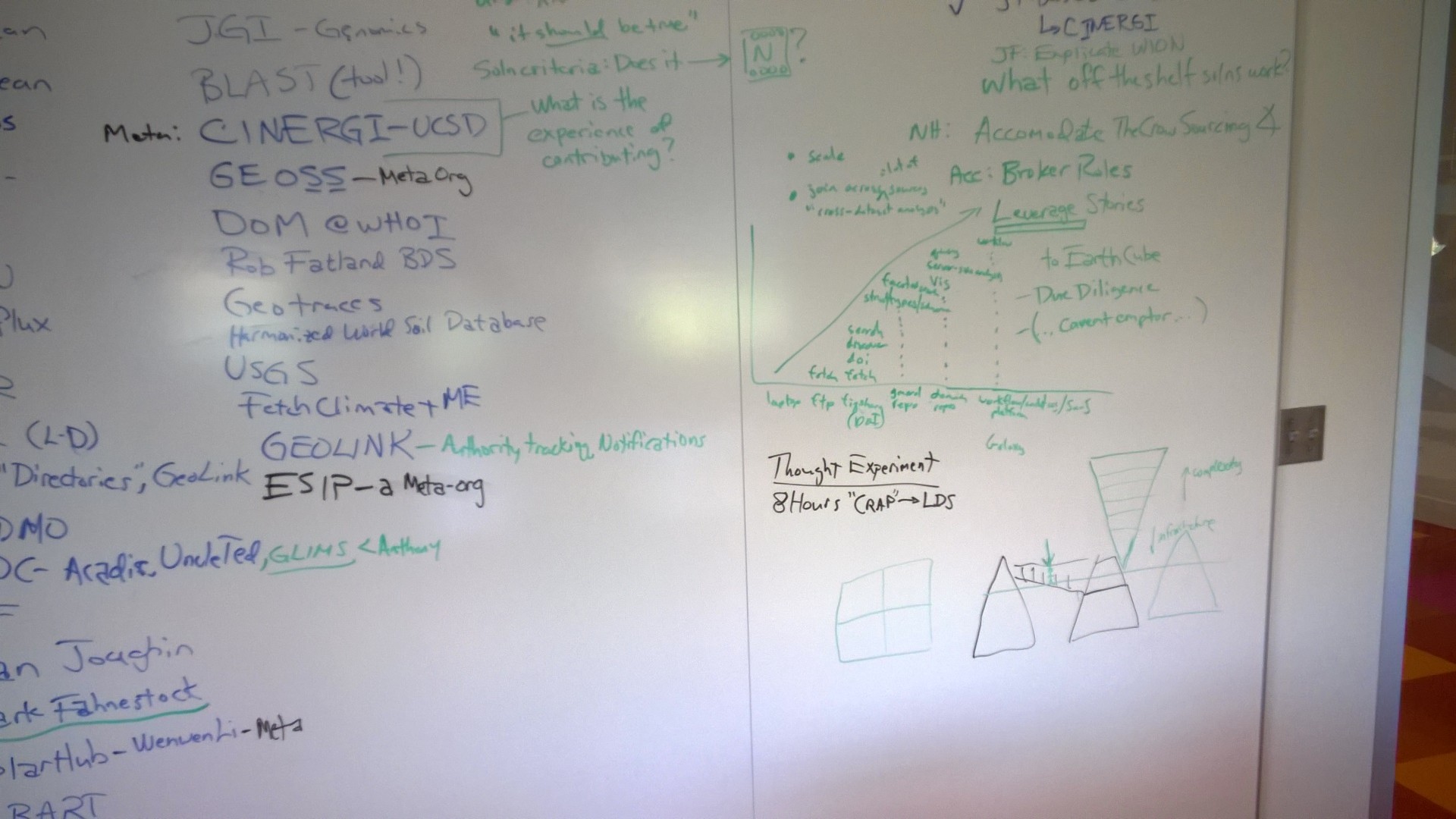